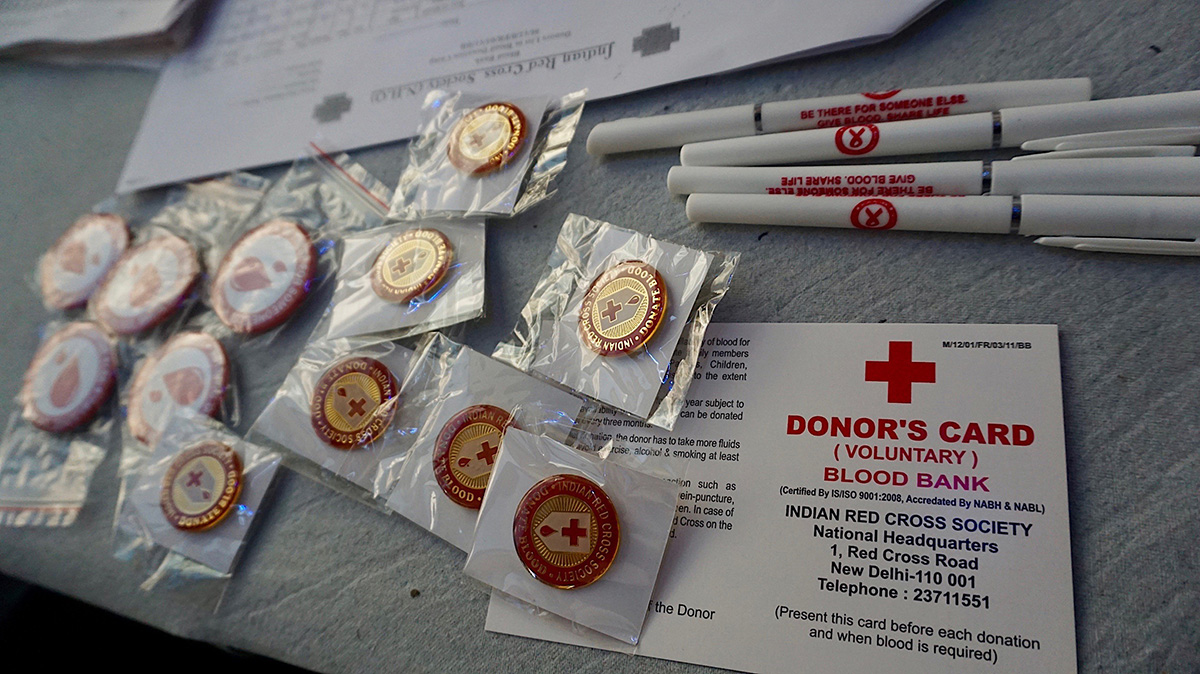 Image: Countries across the world celebrate June 14th as the World Blood Donor Day. This year as well the day was marked by facilitation of voluntary donors, awareness events and public rallies, with IRCS NHQ and State Branches taking an active part. 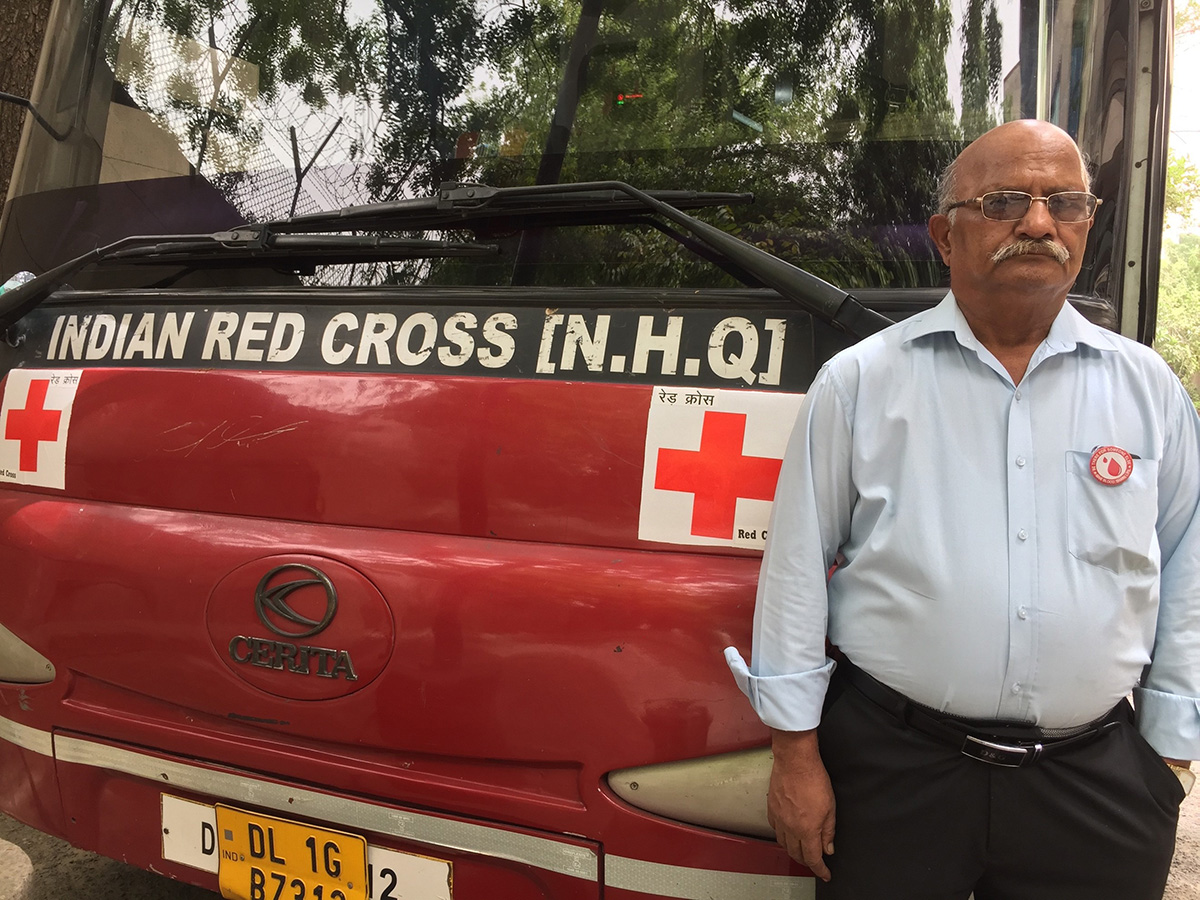 Image: IRCS (HQ) held a blood donation camp in partnership with WHO team to mark the World Blood Donor Day 2018. People from all age groups came forward to donate blood. In the picture is Rahul Sholapurkar who is a centurion donor and has donated blood for more than 150 times. 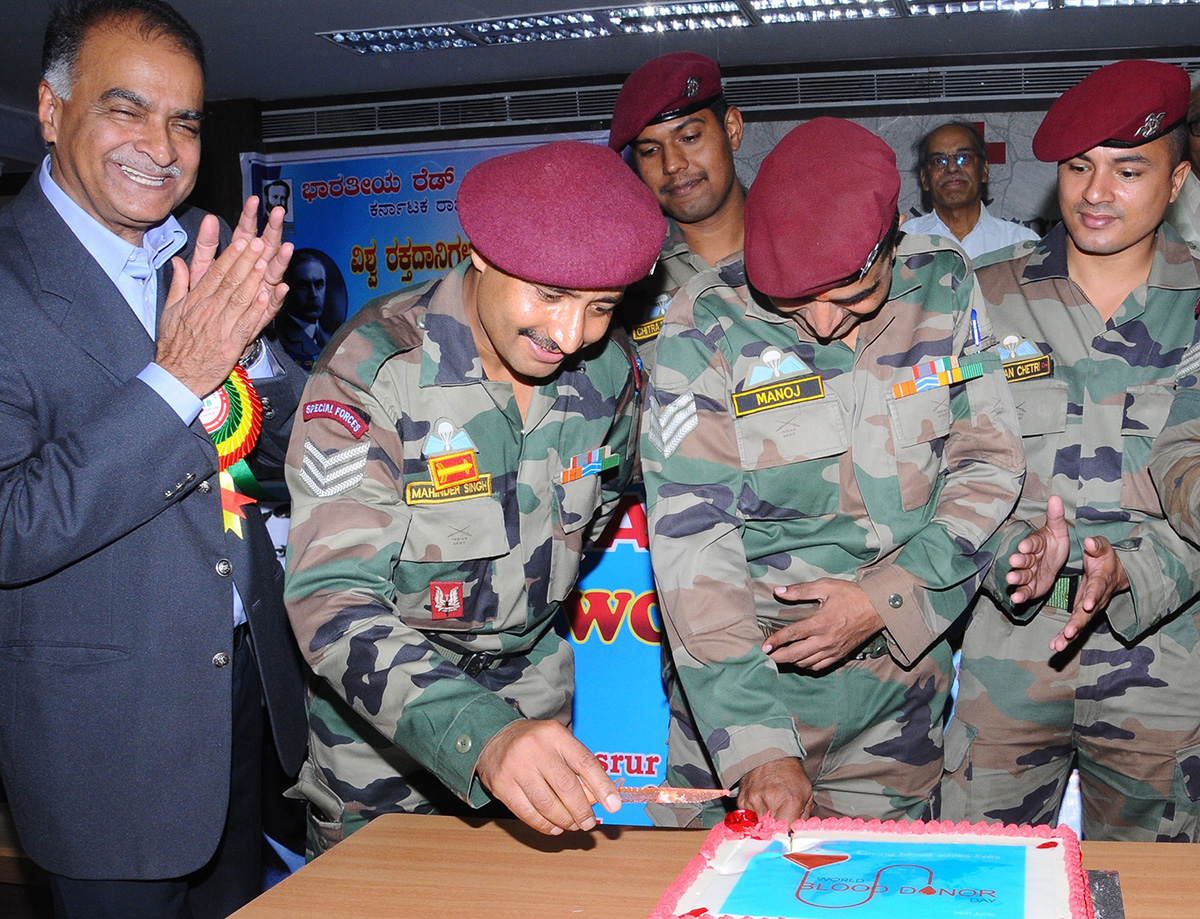 Image: Members of Indian Army, 700 of them, donated blood at IRCS organised camp to mark the WBDD 2018.

The World Blood Donor Day (WBDD), observed on June 14th each year, acts as a vibrant platform for creating awareness about the importance of blood donation and recognizing voluntary donors who provide a lifeline to millions in need of transfusions.

Transfusion of blood and blood products can help patients suffering from life-threatening conditions live longer and with a better quality of life, and support complex medical and surgical procedures. It also has an essential, life-saving role in maternal and child care and during the emergency response to disasters.

Against an annual demand of 14 million units, India is able to collect approx. 12 million units of this 70% is from voluntary donors while 30% is from family/replacement donors. IRCS has 84 blood banks all over the country, where the voluntary blood donation nearly all the blood banks is above 90%. At the model blood bank located at the IRCS National HQ in New Delhi, nearly 95% of blood donations are by voluntary donors.
Like each year, this WBDD as well IRCS National Headquarter and State Branches, along with volunteers, marked the day with blood donation camps, facilitation of donors, awareness rallies and other events.

This year Greece became the host country with the slogan of 'Be there for someone else. Give blood. Share life'. Click here to read more about WBDD 2018.

Explaining the significance of the day, Dr. Vanshree Singh, Director Blood Bank, IRCS (NHQ), said: “The day celebrates the contributions that voluntary donors make every day across the world. Someone who donates voluntarily on a regular basis knows the safeguards and healthy life that they need to pursue. It is good for both the donor and recipients.”

Click here to watch a video of Dr. Singh explaining the significance of the WBDD.

The IRCS National Headquarter organized a blood donation camp with the World Health Organisation (WHO) office in Delhi. This was among several awareness drives that were carried out using SMS service messages to donors, a jingle aired on a FM channel popular among the youth and a number of media interactions were organized.

Along with this, a social media campaign was initiated to highlight the day through messages and video posts ranging from stories of individuals to animation on significance of blood donation. Click here to listen the audio message broadcast.

Some of the state level events to mark the WBDD 2018 are mentioned below:

The IRCS Karnataka State Branch held blood donation camps in different parts of the state with the main event being held at the Red Cross Bhavan’s Henry Dunant Hall where individuals who have donated blood more than 25 times were felicitated. Over 70 members of Indian Army donated blood.

In the state of Jharkhand, blood donation camps were held in different parts of the state capital with over 600 people donating, with youth taking part with enthusiasm.

In Ahmedabad, Gujarat, IRCS felicitated police officers and personnel at an event hosted at Ahmedabad Management Association. Hon’ble Governor of Gujarat Shri O. P. Kohli, who is also the ex-officio President of IRCS, State Branch, was the chief guest with city Police Commissioner A. K. Singh and District Collector Vikrant Pandey were guests of honour. A total of 10,000 units were collected by the city police in a 10-day long drive that had taken place across the city in different zones.