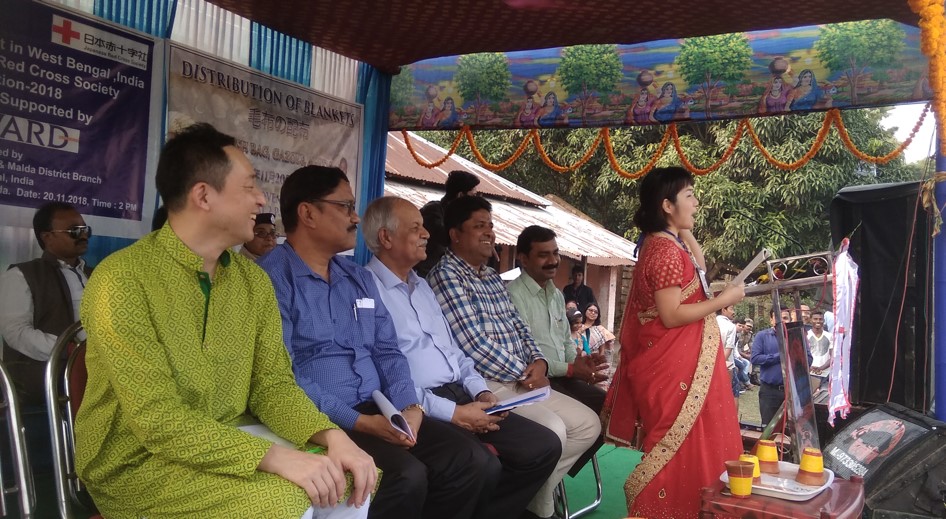 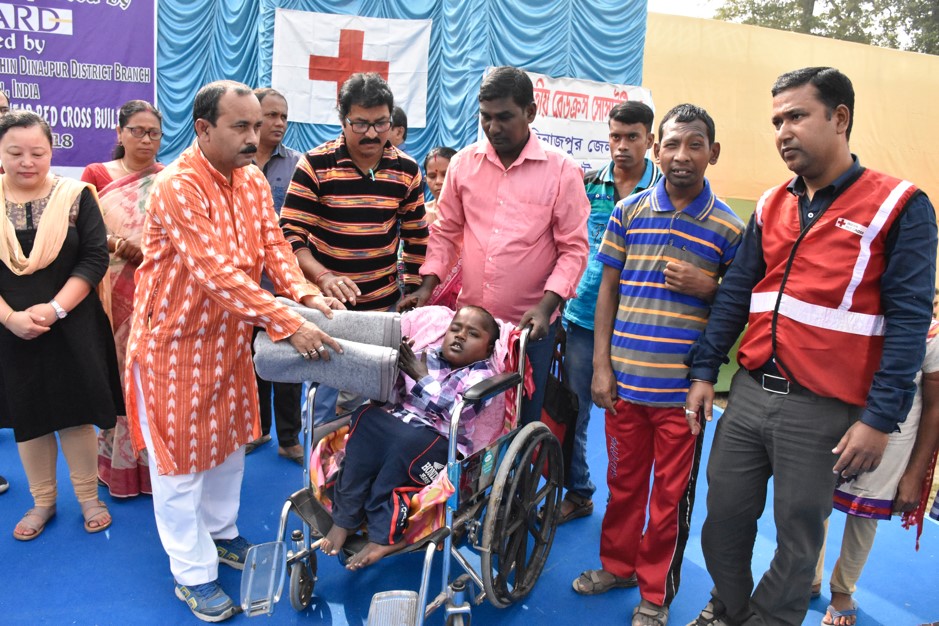 As the winter sets in, Indian Red Cross Society, Japanese Red Cross Society, and ONWARD KASHIYAMA came together to provide the much-needed woollen blankets to beneficiaries identified by district branches in consultation with local NGOs.

The identification of people who received the blankets was done through a painstaking process spread over weeks with the involvement of district level volunteers and partners. The focus was on reaching the elderly, people with disabilities, homeless and people living in abject poverty.

Beneficiaries arrived in large numbers along with the local elected representatives from village panchayats to attend the distribution event that went off in an orderly fashion thanks to well-planned events organised by district branches. The Social and Emergency Response Volunteers played a seminal role in this.

Representatives from the Japanese Red Society, IRCS National Headquarters, State and District Branches, along with members of ONWARD KASHIYAMA, took part in the opening event held at Malda on 20th November 2018.

The event witnessed overwhelming participation by tribal community members from Mailishbag in Gazole Block, this included a traditional dance performance with some of the Japanese visitors joining in.

The district-wise distribution of blankets is as follows: