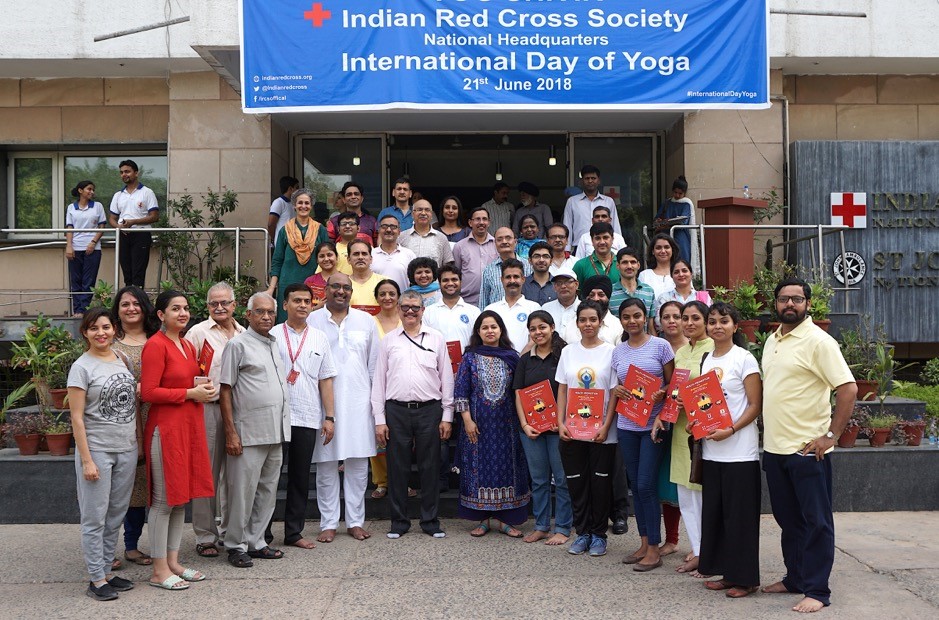 Image: Participants of Health Promotion through Ayurveda and Yoga course with their completion certificates, with Joint Secretary Dr Veer Bhushan (in the center). 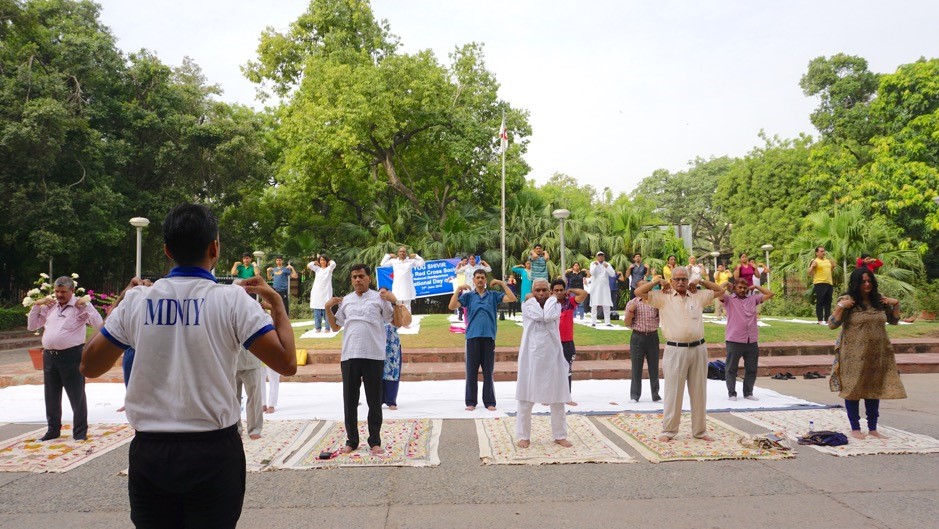 Image: Participants doing an Asana at the IDY 2018 Yoga Shivir at IRCS HQ

High levels of energy and enthusiasm marked the International Day of Yoga (IDY) 2018 celebrated on 21st June by IRCS staff and volunteers across the country. Over the past four years, the day has emerged as a vibrant platform for taking the message of Yoga as a holistic system of wellbeing to the masses.

The IRCS Headquarter hosted a Yoga Shivir that lasted for about an hour and was followed by an informal ceremony for conferring certificate of completion to the 24th batch of participants who attended three-month part-time course titled ‘Health Promotion through Ayurveda and Yoga’. Since 2010, IRCS has been running this course with the support of Ministry of AYUSH and in collaboration with Central Council of Research in Ayurvedic Science and Morarji Desai National Institute of Yoga.

The Yoga exercises, conducted under a clear sky, on the front lawns of the national headquarter premises saw participation from staff from the IRCS, St John Ambulance (SJAI), IFRC and ICRC as well as from other offices in the premises.

The message from Shri. J. P. Nadda, Chairman, IRCS, and SJAI (Hon’ble Union Minister for Health and Family welfare) was read out by the Joint Secretary Dr. Veer Bhushan.

In his message, Hon’ble Chairman highlighted that Yoga has been a living tradition in the Indian sub-continent for centuries and now it is fast becoming a mass global movement, even the youth are participating in it to address modern age lifestyle problems.

“IRCS has been actively participating in IDY ever since it was instituted and the association with the promotion of Yoga has been an ongoing one as is reflected in the popularity of the ‘Health Promotion through Ayurveda and Yoga’ course,” Secretary General IRCS said in his message.

Click here to view a message from the Hon'ble Chairman

Click here to view a message from the Secretary General