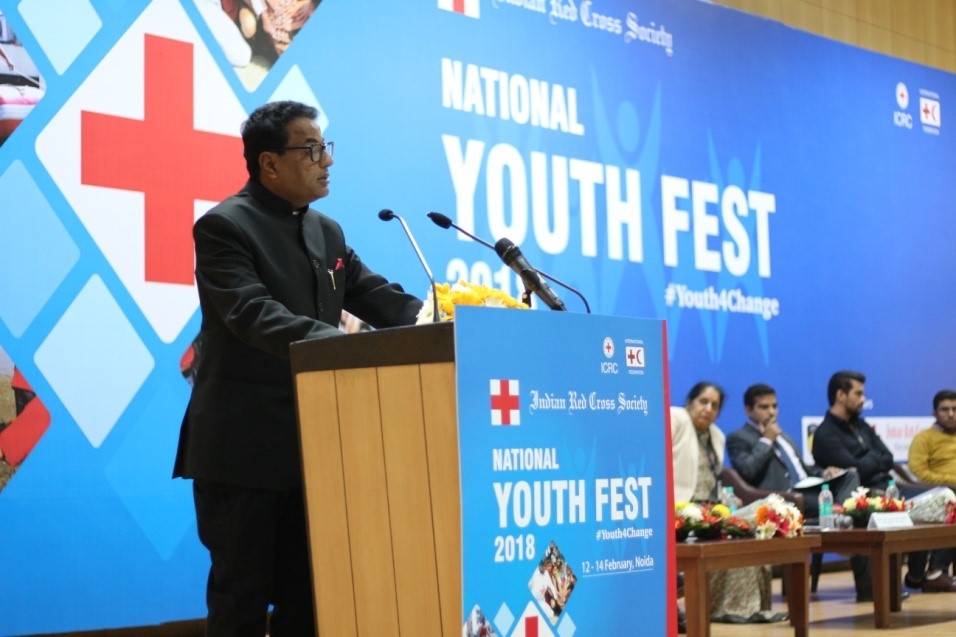 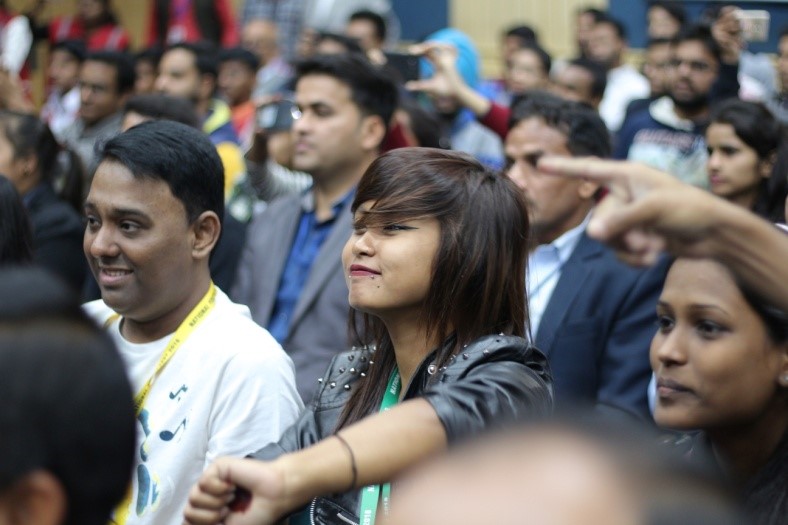 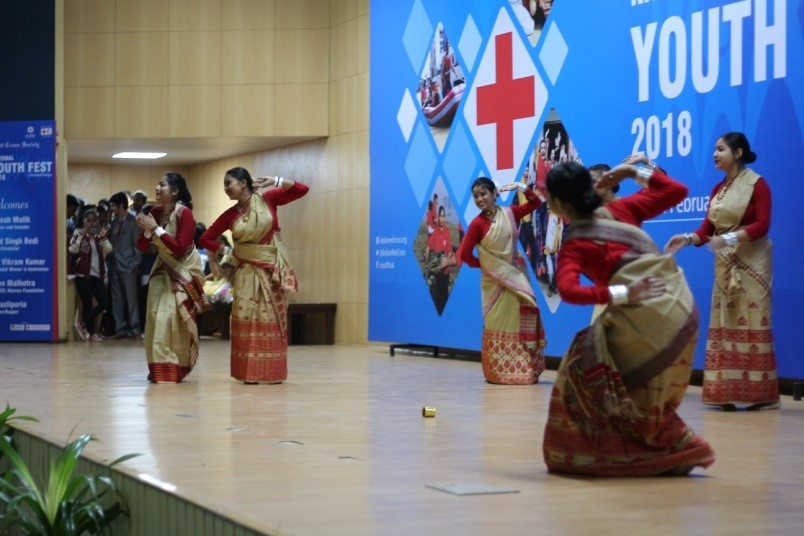 The action packed National Youth Festival organized by the Indian Red Cross in partnership with the International Committee of the Red Cross (ICRC) and the International Federation of Red Cross and Red Crescent Societies (IFRC) came to a close on 14 February. “The three day extravaganza was so captivating and interesting that we do not want to go back home,” said one of the participants. And his views were echoed by all others present around. “It was a challenge to bring nearly 400 young boys and girls from across the country, keep them engaged and entertained for three days. However, we had designed the event in such a manner that along with the youth, their teacher counselors too remained joyfully occupied”, said Mr Manish Choudhary, Joint Secretary, IRCS. He also thanked Amity University for hosting the event in their sprawling NOIDA campus and the IRCS Haryana state branch for sponsoring and sharing some of the expenses.

The event had glitz, excitement, bonding and entertaining skill development sessions. All enter wined for grooming of the young minds in to responsible citizens of tomorrow.

The event began with a larger than life inaugural function in which Youth Icons of today’s India namely Ritesh Malik (entrepreneur), Umesh Vikram Kumar (Para Badminton Athlete), Nipun Malhotra (Nipman Foundation), and Angad Singh Bedi, Film Actor and Cricketer were felicitated for their achievements. Their inspiring speeches shall be cherished by the youth for long.

The excitement of the extravaganza reached its crescendo when all the participants got the opportunity to visit Rashtrapati Bhawan. Eight of the participants got a lifetime opportunity to speak in the Darbar Hall in front of a packed house and the President of India who is also the President of the Indian Red Cross Society. They also had snacks there and got a chance to enter the Mughal Gardens. The Hon’ble President, Mr Ramnath Kovind, was pleased to receive the youth and congratulated the IRCS for hosting first ever national level youth festival. Ms Anupriya patel, Minister of State for Health & Family Welfare was also present on the occasion and made an impressive address.

The Volunteers were exposed to a bouquet of interactive sessions on flash-mob, career building, Red Cross emblem and RC principles & values. The evening of Day I saw several thrilling dance items, drama enactment and other competitive performances. The winners of the cultural show were West Bengal (First), Himachal Pradesh (Second) and Odisha (Third). Consolation prize was given to the teams from Chandigarh and Goa. The jury also decided to give Ms Piyali Karmakar (West Bengal) and Ms Shaina (Haryana) leading artists of a dance drama for their brilliant performances.

“It was once in a life time opportunity, provided to us by the Indian Red Cross Society,” said Piyali Karmakar of West Bengal,”. She also added that all the events were lined up at a fast pace and were befitting the energy of Youth.

The volunteers also participated in an interesting quiz competition. The quiz master, Amit Arora, also the anchor for the event, lifted the spirits of the participants by conducting the event in an interesting manner. Team from Punjab won the competition and Chandigarh team was adjudged the runners up. The event also showcased the importance of First Aid in community life by scripting a situation of the university campus. The festival ended with a gala dinner which was attended in full strength by the staff of the IRCS, IFRC and ICRC.