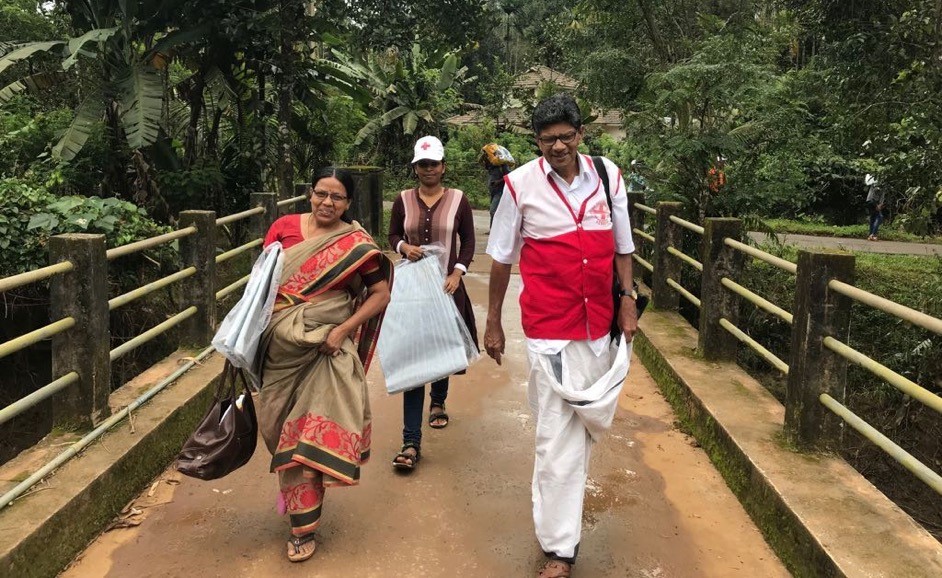 Volunteers on their way to flood affected communities for a door to door distribution. 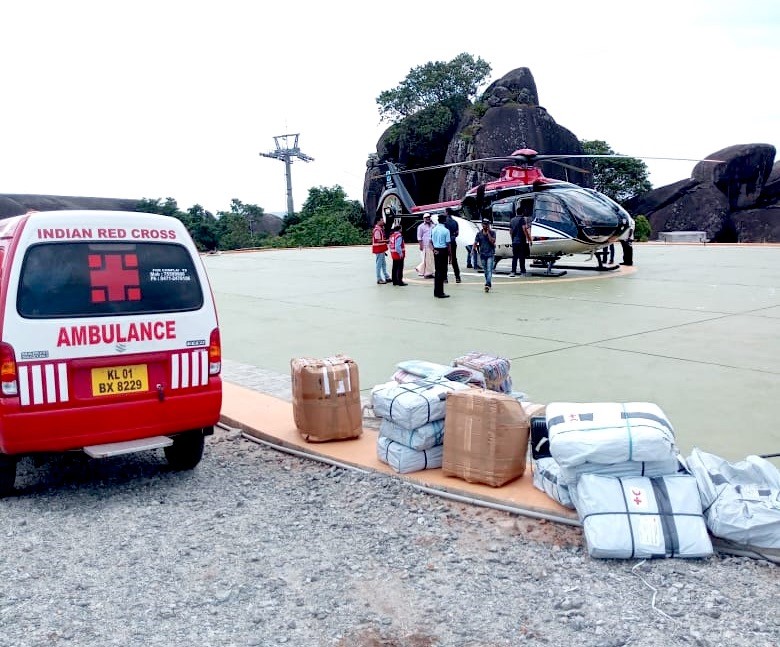 An airlift in progress to carry urgent relief material to flood affected areas that were hard to reach. Airbus Foundation provided around 50 flying hours over two weeks in August. 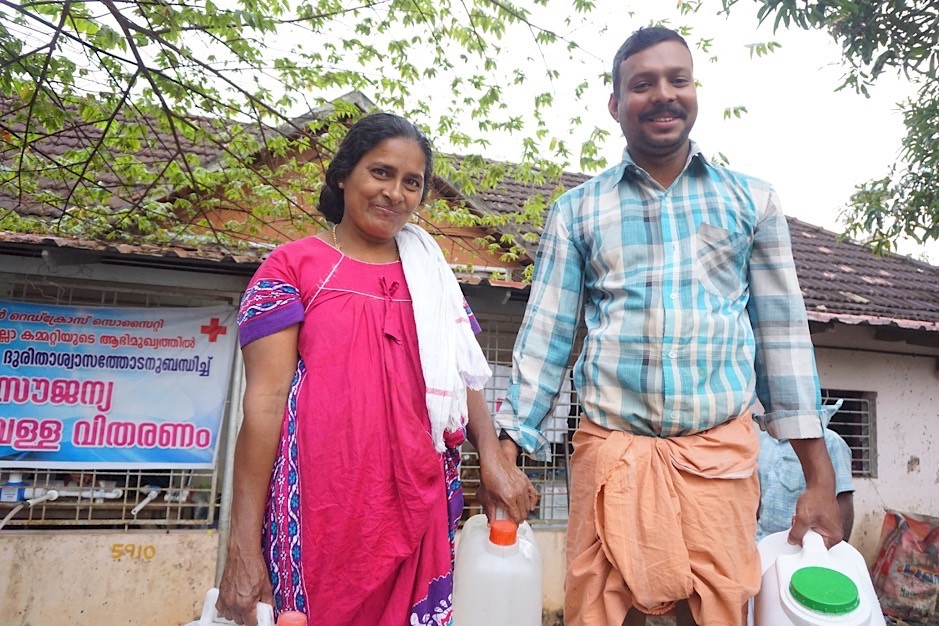 A couple taking water from IRCS water purification unit set-up for providing clean water which is an urgent need for flood affected communities. This one is in Alleppey and continues to see a beeline of people taking water through the day. 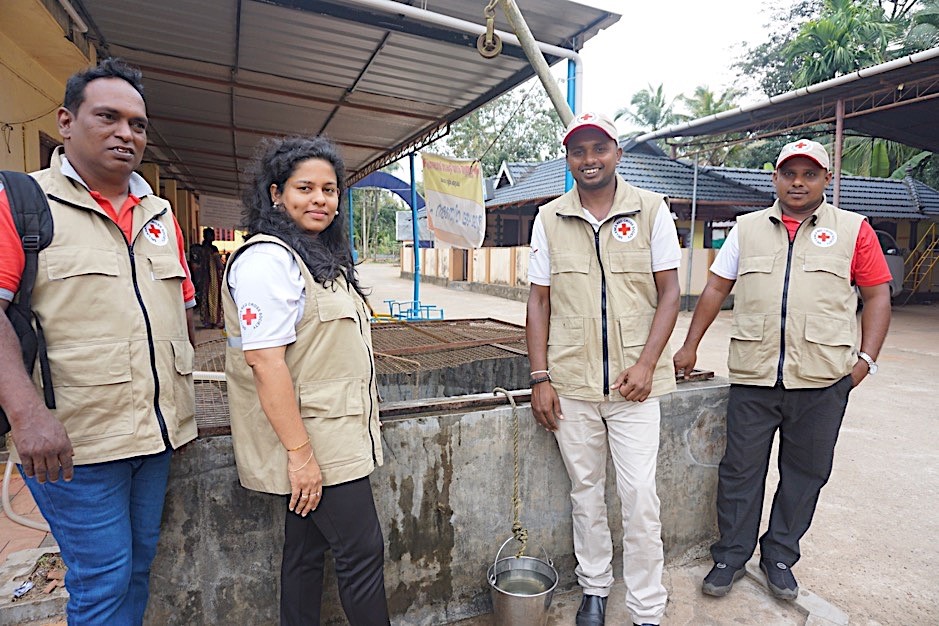 The expert team from Sri Lanka Red Cross that will be undertaking well-cleaning training across Kerala.

Indian Red Cross Society has been on the ground and responding to the unprecedented floods that Kerala faced in August. According to the National Disaster Management Authority (NDMA), as on August 24th, 417 people have died and over 54.11 lakh people were affected,12.47 lakh of whom had to seek shelter in 5,645 relief camps.

Thousands of volunteers have been engaged in the relief efforts across Kerala, which include trained disaster response volunteers, Junior and Youth Red Cross members and others who are participating in rescue, packing and distribution of food items, tents and family packs containing tarpaulins, clothes, mosquito nets, hygiene kits, kitchen sets, buckets, solar lanterns etc. to the affected people. When the flood water was high and had cut off large areas, Airbus Foundation and IRCS partnered to reach the most isolated parts to provide relief materials to those in need.

Since the onset of the disaster, the Indian Red Cross response had reached over 1.5 lakh people as on August 24th 2018. The outreach has been growing since then as the teams have been focusing on the most isolated pockets.

Three large water purification units have also been placed at the services of the branch to provide safe drinking water to the affected population. Each unit has the capacity to supply 700 liters of drinking water per hour. Chlorine, bleaching powder, lime, and alum are being locally sourced and being used to purify water and are also being used as a disinfectant.

Since the flood water have started receding, the IRCS volunteers have started providing support and awareness on hygiene and sanitation, cleaning of houses and surroundings. As wells are a major source of water for daily use, disinfecting and cleaning them, a team of volunteers from Sri Lanka Red Cross is in Kerala to train volunteers to take up well cleaning on a large scale.

The Indian Red Cross, with the support of various members of Red Cross movement and others, is rolling out a detailed plan to provide mid and long-term recovery of the most vulnerable populations in the most vulnerable districts. Beneficiary and distribution data are being collected by volunteers using the Online Data Kits to ensure an optimal screening of needs and follow-ups during the recovery phase.